New research shows women who have weekly migraine are significantly more likely to have a stroke than those with fewer migraines or no migraine at all, but those with lower migraine frequency may face increased risk of heart attacks. The research will be presented at the American Academy of Neurology 60th Anniversary Annual Meeting in Chicago, April 12–19, 2008.

Compared to women without migraine, the study found women who had at least weekly migraines were three times more likely to have a stroke, but those with a migraine frequency of less than monthly were one-and-halftimes more likely to have a heart attack.
“Our findings suggest that migraine frequency may be an indicator for increased risk of cardiovascular disease, particularly ischemic stroke,” said study author Tobias Kurth, MD, ScD, with Brigham and Women’s Hospital and Harvard Medical School in Boston, and member of the American Academy of Neurology. “Future studies are needed to address whether migraine prevention reduces the risk of cardiovascular disease.”

Overall, the study found a mixed association between migraine and major cerebrovascular disease suggesting increased risk for women with high and low migraine frequency. “Our results may indicate that the mechanisms by which migraine associates with specific cardiovascular events may differ,” said Kurth. “More research is needed to determine the reasons for these results.”

Kurth says while migraine has previously been found to increase risk of vascular problems, before now there was little science on the association between migraine frequency and cardiovascular disease.

The American Academy of Neurology, an association of over 21,000 neurologists and neuroscience professionals, is dedicated to improving patient care through education and research. A neurologist is a doctor with specialized training in diagnosing, treating and managing disorders of the brain and nervous system such as Alzheimer’s disease, epilepsy, multiple sclerosis, Parkinson’s disease, and stroke. For more information about the American Academy of Neurology, visit http://www.aan.com.

Supplements that have been found to prevent migraine headaches,cardiovascular disease and other vascular problems include Coenzyme Q10, L-Carnitine and D-Ribose according to Dr. Stephen Sinatra, M.D. in The Sinatra Solution.

Maximum Vitality contains all the tocopherol and tocotrienol forms of Vitamin E. 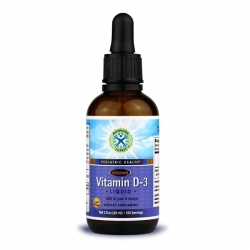