A Food and Drug Administration advisory committee recommended in March 2006 that the FDA require drug makers to add information about a possible risk of hallucinations in children to the labels of attention deficit/hyperactivity disorder drugs.

The committee also urged the FDA to develop a consumer-friendly medication guide explaining to parents that they should talk to their child's doctor about stopping the medication should hallucinations occur. The panel said the "MedGuide" also should note that ADHD drugs may increase the risk of aggressive behavior, although that can be a component of the disorder itself. And the guide should note that the drugs might increase the risk of heart attack, stroke or sudden death in patients who have undiagnosed heart problems.

Current labeling for the ADHD drugs does not mention the possibility of hallucinations in patients who had no history of them and had taken the usual dose.
The most popular ADHD drugs include Adderall, Focalin, Concerta, Metadate, Methylin, Ritalin and Dexedrine.

The recommendations of this committee are non-binding on the FDA. Should the FDA approve any of these recommendations, it may take years before implementation of a warning on the labels or in the literature package for Doctors.

There are much safer alternatives such as increasing Omega-3 polyunsaturated fatty acids from fish and krill oils, decreasing Omega-6 oils from margarine, vegetable oils and processed foods (such as cookies, potato and tortilla chips, energy bars, fried foods and salad dressings), and the elimination of sugar from kids diets. 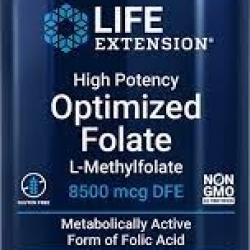