A report published in the August 1, 2006 issue of the journal Circulation revealed that fibrinogen levels add to the value of high-sensitivity C-reactive protein (hs-CRP, a marker of inflammation) levels to predict cardiovascular events. Fibrinogen is a protein that is involved in blood clot formation, which, when elevated, is associated with an increase in vascular and nonvascular mortality.

For the current study, Harvard researchers evaluated data from women enrolled in the Women’s Health Study, a placebo-controlled trial of the effect of low dose aspirin and vitamin E on the prevention of cardiovascular disease and cancer in women aged 45 and older. Participants completed questionnaires from 1992 to 1995 to provide information on demographics, medical history, and other factors. Blood samples from 27,742 women were analyzed upon enrollment for CRP and fibrinogen. The participants were followed through February, 2005, during which time cardiovascular events were recorded.

Over the approximate ten year follow-up there were 898 cardiovascular events. Not surprisingly, both fibrinogen and CRP were associated with the risk of cardiovascular incidents. When women whose fibrinogen levels were in the top one-fifth of participants were compared to those in the lowest fifth they were found to have a 35 percent greater risk (adjusted for established risk factors) of experiencing a cardiovascular event. Similar analysis of CRP levels found a 68 percent greater risk among women whose levels were highest.

“Although both fibrinogen and hs-CRP were positively correlated, their combined effect provided cardiovascular disease risk information that was greater than that provided by either biomarker separately, potentially reflecting different pathophysiological processes in the development of atherothrombotic events,” the authors conclude. They remark that increased adipose tissue is associated both with a prothrombotic and proinflammatory state, which may be reflected in both higher fibrinogen and CRP levels.

Elevated fibrinogen—Fibrinogen has a number of effects in the blood coagulation process. It reacts with thrombin to produce fibrin, it promotes platelet aggregation (which can lead to diminished blood flow), and it can cause platelets to bind together. An article in the journal Neurology found that prior stroke and elevated fibrinogen levels predicted new brain events in patients who have had a stroke (Beamer NB et al 1998).

Reprinted with the exclusive permission of Life Extension 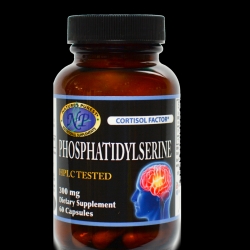