In a study from Harvard Medical School in Boston, Massachusetts, and Brigham and Women's Hospital, women with a higher dietary intake of omega-3 fatty acids were at decreased risk of developing dry eye syndrome (DES).

According to lead author Biljana Miljanovic, MD, of the Division of Preventive Medicine and Aging at Brigham and Women's Hospital, "Dry eye syndrome impacts quality of life, productivity and safety for millions of people. Unfortunately, there is little advice clinicians can offer about its prevention. Our study set out to examine how changing dietary habits in America, primarily a shift in the balance of essential fatty acids we are consuming, may be associated with onset of this eye condition. We found that a high intake of omega 3 fatty acids, often referred to as a 'good' fat, commonly found in fish and walnuts, is associated with a protective effect. Conversely, a higher ratio of omega 6, a fat found in many vegetable cooking and salad oils and animal meats, compared to omega 3 in the diet, may increase the risk of dry eye syndrome."

Of 39,876 women participating in the Women's Health Study, 32,470 female health professionals aged between 45 and 84 years provided information on diet and DES. The highest versus the lowest dietary intake of omega-3 fatty acids was associated with decreased risk of Dry Eye Syndrome (Odds Ratio, 0.83; 95% CI, 0.70 - 0.98; P for trend = 0.04), after adjustments for age, other demographic factors, postmenopausal hormone therapy, and total fat intake.

Tuna fish consumption also had a protective effect against DES, and results were similar in other models after adjustments for diabetes, hypertension, and connective tissue diseases.

In this study, the researchers report the following specific findings:

"Although this is the first study that has evaluated this relationship, and confirmation from other studies is needed, the findings are consistent with clinical observations and postulated biological mechanisms," the authors write. "Thus, further research on the role of omega-3 fatty acids in the prevention and/or treatment of DES would be of interest."

Advanced Vision Research, Inc., supported this study and has financial arrangements with its authors.

Background: Dry eye syndrome (DES) is a prevalent condition, but information on risk or protective factors is lacking.

Objective: We aimed to determine the association between the dietary intake and ratio of n–3 and n–6 fatty acids (FAs) and DES occurrence.

Design: Of the 39876 female health professionals in the Women’s Health Study (WHS), 32470 women aged 45–84 y who provided information on diet and DES were cross-sectionally studied. We assessed FA intakes by using a validated food-frequency questionnaire and assessed DES by using self-reports of clinically diagnosed cases. Of the sample, 1546 (4.7%) subjects reported DES. We used logistic regression models to estimate the odds ratios (ORs) and 95% CIs to describe the relation of FA intake with DES.

Conclusions: These results suggest that a higher dietary intake of n–3 FAs is associated with a decreased incidence of DES in women. These findings are consistent with anecdotal clinical observations and postulated biological mechanisms. 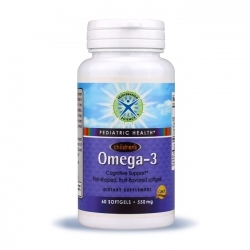