Synbiotics, new name for the combination of prebiotic and probiotic bacteria, reduce the risk of colon cancer, the most common form of cancer in the European Union, revealed researchers in March 2004. The EU-funded team said that a symbiotic treatment significantly improved several bio-markers for colon cancer risk in the first human trial to investigate the supplement's effect on colon cancer.

Cancer of the colon or rectum is the second deadliest form of cancer after lung cancer but is also considered one of the most preventable types of cancer, as there are several dietary factors that appear to play a protective role against the disease. Researchers believe that synbiotics can be more potent than their prebiotic or probiotic components alone as they both replace the beneficial bacteria in the gut and add a carbohydrate source that stimulates the beneficial probiotic bacteria to multiply, neutralizing toxins in the gastrointestinal tract.

It has previously been shown that prebiotics plus probiotics added to the diet of animals can reduce the development of cancer dramatically. In this study, 80 human subjects who either had intestinal polyps (precancerous lesions) removed or had been treated for colon cancer were given placebo or synbiotic daily for 12 weeks. The synbiotic treatment consisted of 10g of RaftiloseSynergy1 FOS, made by inulin supplier Orafti, and probiotic bacteria in capsule form.

The synbiotic group showed significantly decreased damage to the cells DNA, compared with those who consumed the placebo. DNA repair was also improved. Another important result was that cell proliferation rate was reduced in the synbiotic group.

The results suggest that this prebiotic plus probiotic composition may provide a protective effect against colorectal cancer. However the researchers do not yet fully understand the mechanism behind such effects.

Professor Kevin Collins of University College Cork in Ireland, who presented the results at a research conference held in Paris in February 2004, predicted that the use of synbiotics could lead to a dramatic change in the morbidity and mortality pattern of colorectal cancer in the developed world.

BACKGROUND: Animal studies suggest that prebiotics and probiotics exert protective effects against tumor development in the colon, but human data supporting this suggestion are weak. OBJECTIVE: The objective was to verify whether the prebiotic concept (selective interaction with colonic flora of nondigested carbohydrates) as induced by a synbiotic preparation-oligofructose-enriched inulin (SYN1) + Lactobacillus rhamnosus GG (LGG) and Bifidobacterium lactis Bb12 (BB12)-is able to reduce the risk of colon cancer in humans. DESIGN: The 12-wk randomized, double-blind, placebo-controlled trial of a synbiotic food composed of the prebiotic SYN1 and probiotics LGG and BB12 was conducted in 37 colon cancer patients and 43 polypectomized patients. Fecal and blood samples were obtained before, during, and after the intervention, and colorectal biopsy samples were obtained before and after the intervention. The effect of synbiotic consumption on a battery of intermediate bio-markers for colon cancer was examined. RESULTS: Synbiotic intervention resulted in significant changes in fecal flora: Bifidobacterium and Lactobacillus increased and Clostridium perfringens decreased. The intervention significantly reduced colorectal proliferation and the capacity of fecal water to induce necrosis in colonic cells and improve epithelial barrier function in polypectomized patients. Genotoxicity assays of colonic biopsy samples indicated a decreased exposure to genotoxins in polypectomized patients at the end of the intervention period. Synbiotic consumption prevented an increased secretion of interleukin 2 by peripheral blood mononuclear cells in the polypectomized patients and increased the production of interferon gamma in the cancer patients. CONCLUSIONS: Several colorectal cancer biomarkers can be altered favorably by synbiotic intervention. 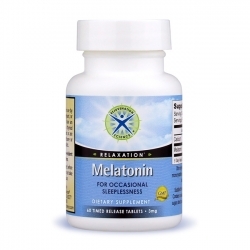