With 40 percent of all heart attacks and related cardiovascular problems occurring in people who have low levels of so-called “good” cholesterol, researchers have long sought medications to increase the amount of this type of cholesterol in the body’s circulation.

But a new review of 31 randomized controlled trials published in the Journal of the American Medical Association suggests that so far, only modest evidence supports the use of most medications to raise levels of high-density lipoprotein (HDL) — good cholesterol. Some are even harmful.

“The news is that not everything that raises HDL will be beneficial,” said Ronald Krauss, M.D., spokesman for the American Heart Association and director of atherosclerosis research at Children's Hospital Oakland Research Institute in California. “HDL is a much more complicated issue than LDL,” said Prediman Shah, M.D., director of the Atherosclerosis Research Center at Cedars-Sinai Medical Center in Los Angeles. “It’s not only important how much HDL there is, but what kind it is. Quality is as important as quantity. Is the function good or is it [a form of HDL] that doesn’t do the job properly?”
There are many types of HDL, not all of which nurture the heart and blood vessels. The good kinds seem to carry fat out of arteries to the liver and perform functions in cell membranes and elsewhere. However, HDLs vary considerably in size, density and other chemical properties that change their ability to sustain health.

Certain kinds of HDL could even increase inflammation, clogging arteries rather than clearing them, and doctors currently do not have a simple way to tell this “bad” type of “good” cholesterol from the genuinely beneficial kind in their patients. Right now, only expensive tests used in research settings can sort this out.

Fortunately, lifestyle changes can help without negative side effects, according to the review. “The safest way to raise HDL is by weight loss, exercise and smoking cessation,” Shishehbor said. The review also found support for moderate alcohol use — one or two drinks a day for men, one for women — although physicians do not recommend that nondrinkers take up drinking to protect their hearts. Raising HDL by eating fish or taking fish oil to increase intake of omega-3 fatty acids is another effective strategy, the review suggested. In lieu of eating fish, Omega-3 supplements from Neptune Krill Oil provide a healthy, contaminant-free source of DHA and EPA, shown to increase HDL by 45%.

As for pharmacological approaches, the review found that the most effective currently available drug to raise HDL is the vitamin niacin, taken in high doses. “Statins, niacin and fibrates are available pharmacologic agents that increase HDL; however, they may be associated with adverse side effects,” said Shishehbor, who recommended close medical supervision. At least one-third of patients cannot tolerate high-dose niacin, according to Shah. “The most common side effect is flushing and itching that drives some people nuts.” He said methods exist to minimize the problem, but they do not work for everyone.

Meanwhile, new medications have proved disappointing. Trials of one drug, torcetrapib, ended abruptly because the drug increased mortality risk and raised blood pressure. The class of diabetes drugs called thiazolidinediones (which include Avandia and Actos) increase HDL, but also seem to raise the risk of cardiovascular problems. The once highly touted weight-loss drug rimonabant, which blocks the brain receptors activated by marijuana, does raise HDL; however, the U.S. Food and Drug Administration recently refused to approve it because it also seems to elevate risk for psychiatric problems like depression.

“I’m much more excited about the prospect of what’s coming in this area in the next three to five years,” said Shah, who is studying approaches to boosting HDL that use different mechanisms from those that have been associated with problems. Clinical trials of a gene therapy based on his research are currently under way.

“Despite the recent negative HDL trials, this field is extremely exciting and the pace of discovery is unbelievably fast,” Shishehbor said. At least one other drug with a novel mechanism of action is also in trials — and at least three other approaches have led to new drugs in the pipeline.

People with blood levels of HDL lower than 35 mg/dL have eight times the risk of heart disease compared to those with 65mg/dL or more. Some 16 to 18 percent of men have low levels, compared with 3 to 6 percent of women. 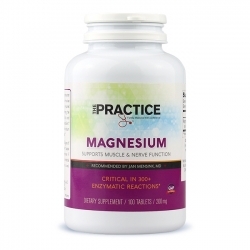