Sun exposure and vitamin D levels may play a strong role in risk of type 1 diabetes in children, according to new findings by researchers at the Moores Cancer Center at University of California, San Diego (UCSD) and the Department of Family and Preventive Medicine. This association comes on the heels of similar research findings by this same group regarding vitamin D levels and several major cancers.

In this new study, the researchers found that populations living at or near the equator, where there is abundant sunshine (and ultraviolet B irradiance) have low incidence rates of type 1 diabetes. Conversely, populations at higher latitudes, where available sunlight is scarcer, have higher incidence rates. These findings add new support to the concept of a role of vitamin D in reducing risk of this disease.

Ultraviolet B (UVB) exposure triggers photosynthesis of vitamin D3 in the skin. This form of vitamin D also is available through diet and supplements.

“This is the first study, to our knowledge, to show that higher serum levels of vitamin D are associated with reduced incidence rates of type 1 diabetes worldwide,” said Cedric F. Garland, Dr. P.H., professor of Family and Preventive Medicine in the UCSD School of Medicine, and member of the Moores UCSD Cancer Center.

The study was published June 2008 in the online version of the scientific journal Diabetologia.

Type 1 diabetes is the second most common chronic disease in children, second only to asthma. Every day, 1.5 million Americans deal with type 1 diabetes and its complications. About 15,000 new cases are diagnosed in the United States each year, where this disease is the main cause of blindness in young and middle-aged adults and is among the top reasons for kidney failure and transplants in youth and midlife.

“This research suggests that childhood type 1 diabetes may be preventable with a modest intake of vitamin D3 (1000 IU/day) for children, ideally with 5 to 10 minutes of sunlight around noontime, when good weather allows,” said Garland. “Infants less than a year old should not be given more than 400 IU per day without consulting a doctor. Hats and dark glasses are a good idea to wear when in the sun at any age, and can be used if the child will tolerate them.”

The researchers created a graph with a vertical axis for diabetes incidence rates, and a horizontal axis for latitude. The latitudes range from -60 for the southern hemisphere, to zero for the equator, to +70 for the northern hemisphere. They then plotted incidence rates for 51 regions according to latitude. The resulting chart was a parabolic curve that looks like a smile.

In the paper the researchers call for public health action to address widespread vitamin D inadequacy in U.S. children.

“This study presents strong epidemiological evidence to suggest that we may be able to prevent new cases of type 1 diabetes,” said Garland. “By preventing this disease, we would prevent its many devastating consequences.”

This is the fifth environmental paper from this research team to show a strong association between vitamin D and various major diseases using global incidence data. The previous four were related to cancer incidence, the first of which illuminated a similar pattern for kidney cancer, published Sept. 15, 2006, in the International Journal of Cancer. The second, on ovarian cancer, was published Oct. 31, 2006, in the American Journal of Preventive Medicine. The third, on endometrial cancer, was published Sept. 16, 2007, in Preventive Medicine. The fourth, on breast cancer, was published in the May-June 2008 issue of The Breast Journal. 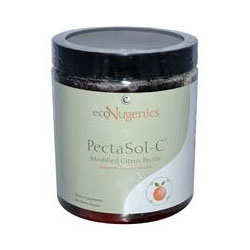