Dr. Mate Hidvegi http://matehidvegi.com/life, inventor of Avemar fermented wheat germ extract, provided the following information to Rejuvenation Science. At Rejuvenation Science, we keep in close contact with both the U.S. manufacturer of AveULTRA and with Dr. Hidvegi. Dr. Hidvegi stated from his office in Budapest, Hungary:

"The Biropharma claim that research on Avemar does not apply to AveULTRA is misleading. Avemar has always been manufactured according to methods which I developed and patented. The new AveULTRA utilizes processes covered by my most recent pending patent. State of the art technology more precisely controls process times and temperatures creating a better quality fermented wheat germ extract. Independent analysis shows that Avemar made by Biropharma (in Hungary) and sold under the brand name Ave™ and Avemar made by American BioSciences and sold under the brand name AveULTRA, are virtually identical, confirmed by the technique of HPLC (high pressure liquid chromatography) finger printing. Furthermore, independent comparison by biological assays in both cell lines and animal models shows the AveULTRA product has superior effects," he said. According to Dr. Hidvegi, these data are being prepared for publication in a peer-reviewed scientific journal.

Dr. Hidvegi's Plans for the Future

From Dr. Hidvegi's website: Since it’s first introduction in 1998 in Europe, the quality of the Fermented Wheat Germ Extract (Avemar) was improved during the years – from cherry flavor to orange, from artificial sweetener to fructose, from plastic containers to easy-to-use sachets.

In 2009 AvéULTRA was introduced. It is the most advanced and best quality Avemar ever. This is the fifth product version of the Fermented Wheat Germ Extract that is now manufactured in the United States of America under the supervision and approval of it’s inventor, Dr. Mate Hidvegi.

Improvements include utilizing low temperature freeze-drying which eliminates the need to use maltodextrin as a carrier and silicon dioxide as an antiadhesive during high temperature drying and, replacing fructose sweetener with natural, zero calorie stevia Reb-A. As a result, the all-new Avemar contains 99% less stabilizing and flavoring additives, while maintaining the same quantity of Avemar fermented wheat germ actives as used in clinical trials.

Due to the outstanding quality of the new freeze-dried Avemar, older versions of the product will be replaced with the latest version worldwide. We would like to inform all customers of Avemar or Avé that from the 1st of September 2009, the previous version of Avemar (also known as Avé) is no longer available in the United States. By the end of 2010 the Hungarian-made product of the Fermented Wheat Germ Extract will gradually phase out from all international markets and will be replaced exclusively with the new freeze dried, ultra-fine version. 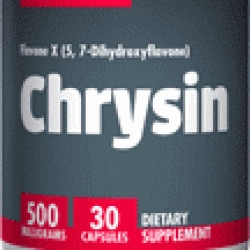 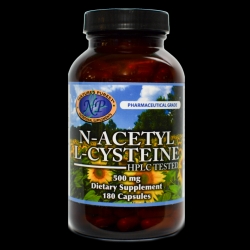