A multinational team of researchers has shown for the first time that the immune system can stop the growth of a cancerous tumor without actually killing it.

Scientists have been working for years to use the immune system to eradicate cancers, a technique known as immunotherapy. The new findings prove an alternate to this approach exists: When the cancer can't be killed with immune attacks, it may be possible to find ways to use the immune system to contain it. The results also may help explain why some tumors seem to suddenly stop growing and go into a lasting period of dormancy.

"Thanks to the animal model we have developed, scientists can now reproduce this condition of tumor dormancy in the laboratory and look directly at cancer cells being held in check by the immune system," says co-author Robert Schreiber, Ph.D., Alumni Professor of Pathology and Immunology at Washington University School of Medicine in St. Louis. "That will allow us to see if we can model this state therapeutically."

The study's authors call the cancer-immune system stalemate equilibrium. During equilibrium, the immune system both decreases the cancer's drive to replicate and kills some of the cancerous cells, but not quickly enough to eliminate or shrink the tumor.
"We may one day be able to use immunotherapy to artificially induce equilibrium and convert cancer into a chronic but controllable disease," suggests co-author Mark J. Smyth, Ph.D., professor of the Cancer Immunology Program at the Peter McCallum Cancer Centre in Melbourne, Australia.

"Like any patient who has a life-threatening disease that is controlled by taking a medicine, we should all be taking good care of our immune systems to keep potential tumors in check."

But cancer immunosurveillance has been controversial. The theory had begun to fall out of favor over the years, and in 2001, Schreiber, graduate students Vijay Shankaran and Gavin Dunn, and Lloyd Old, M.D., director of the New York branch of the Ludwig Institute for Cancer Research, proposed a major revision. They called their new model cancer immunoediting.

Like the older theory, cancer immunoediting suggests that conflict between cancers and the immune system naturally takes place but proposes that three very different outcomes can result. The immune system can eliminate cancer, destroying it; the immune system can establish equilibrium with cancer, checking its growth but not eradicating it; or the cancer can escape from the immune system, likely becoming more malignant in the process.
Until this latest study, evidence for the second outcome was lacking. Schreiber, Smyth and their colleagues posited equilibrium's existence mainly on the basis of other doctors' clinical experiences. Examples included cancers that inexplicably go into remission for years. In addition, there have been hints that in a few cases organ transplants have transferred undetected dormant tumors to the recipients.

To directly observe dormant tumors in mice, researchers injected them with small doses of a chemical carcinogen. Mice that developed outright tumors were set aside; the remaining mice had small, stable masses at the site of the injections. When certain components of these animals' immune systems were disabled, the small growths became full-blown cancers, suggesting that the immune system had previously been holding the tumors in check.

"We don't think the immune system has evolved to handle cancers," Schreiber notes. "Cancer is typically a disease of the elderly, who have moved beyond their reproductive years, so there probably was no evolutionary pressure for the immune system to find a way to fight cancer."

Schreiber, Smyth and Old speculate that from the immune system's point-of-view, a cancerous cell may look like a cell infected by an invading microorganism. To overcome the safeguards that prevent the immune system from attacking the body's own tissues, the tumor has to have a high level of immunogenicity, or ability to provoke an immune reaction. Cancer cells can reduce their immunogenicity by changing the materials they present to the immune system to more closely resemble those presented by normal tissue. This enables the third outcome of the immunoediting theory, escape.

Equilibrium sometimes may be a more common outcome of tumor-immune encounters than elimination. According to the researchers' theory, some of us may harbor dormant tumors that either developed spontaneously or from exposure to carcinogens. They propose that these quiescent tumors are unleashed only as we age or are exposed to environmental, infectious or physical stresses that cause a breakdown of the immune system.

To follow up, researchers plan a molecular-level investigation of what happens in tumors and the immune system during equilibrium. They also want to test their results' applicability both in humans and in different types of cancers.

"For example, we need to look at which tissues are regularly edited by the immune system and at how closely the immune system watches over these tissues," Schreiber says. "If you completely knock out the immune system in mice, you'll see tumors spring up in some tissues but not in others, and this suggests that there may be differing levels of immune system monitoring in different tissue types."

"Over the past decade, remarkable advances have been made in our understanding of how the immune system reacts against cancer and influences the course of the disease, and defining the equilibrium phase of cancer immunoediting represents the newest milestone in these advances," says Old. "The challenge now is to incorporate these findings into our thinking about human cancer and to develop immunotherapeutic strategies that complement current methods of cancer treatment." 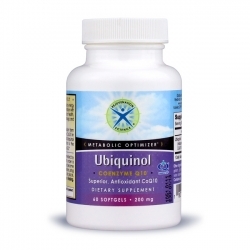