Inflammation is an Independent Risk Factor for Cardiovascular Disease

New research shows a long-term benefit in screening people for CRP, a marker for inflammation, even if they have normal levels of bad cholesterol, because of increased long-term risk for heart attack, stroke and death.

These findings, which will be published online today in the Journal of the American College of Cardiology (JACC), demonstrate that a very simple screening, age plus CRP, can identify individuals who may benefit from anti-inflammatory therapy.

Physicians using the more-pharmaceutical-drugs-are-better doctrine will recommend expensive statin therapy for elevated CRP. Physicians who believe your body does not crave drugs will look at alternative inflammation therapies such as diet, omega-3 from krill oil and fish oil, as well as antioxidant therapies.

“This study builds on results from the landmark JUPITER trial, which showed that statins can prevent heart disease in people with normal LDL-c, or bad cholesterol, and an increased level of CRP,” said Dr. Christie Ballantyne, director of the Center for Cardiovascular Disease Prevention at the Methodist DeBakey Heart & Vascular Center and last author on the study. “We have demonstrated that the cardiovascular disease event rates persist over time, validating that the risks identified in the JUPITER trial persist for nearly seven years.”

Questions remained after the JUPITER results were announced in 2008, including whether the observed cardiovascular disease (CVD) event rates would persist with time, because JUPITER was stopped early at two years median follow-up.

“The new study analyzed patients’ risk over an average of seven years to determine that CRP is, in fact, a long-term indicator of cardiovascular risk,” said Ballantyne, who is also professor of medicine at Baylor College of Medicine. “This is important because approximately one in five men over 50 and women over 60 has a similar profile of increased CRP but normal LDL.”

Methods: After stratification into four groups based on LDL cholesterol (LDL-C) and high-sensitivity CRP (hs-CRP) levels, with cutoffs at 130 mg/dL and 2.0 mg/L respectively, incident CVD events were examined (mean follow-up 6.9 years) and compared.

Conclusion: ARIC participants with elevated hs-CRP and low LDL-C had a CVD event rate of 1.57 percent per year over 6.9 years, similar to the CVD event rate noted in the JUPITER placebo group (1.36 percent per year over 1.9 years). The association of hs-CRP ≥2.0 mg/L with increased CVD risk and mortality regardless of LDL-C provides us a simple method of using age and hs-CRP for identifying higher risk individuals. 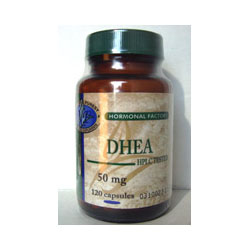