From one study, we have 4 alternative headlines. Each one is accurate, however the message is significantly different. Read on for details of this preliminary study.

Neptune Technologies has announced results from a clinical trial that reports a daily dose of its neptune krill oil can lower bad LDL cholesterol levels by 34 percent and boost good HDL cholesterol by 44 percent. And when Neptune Krill Oil (NKO) was used in combination with low-dose statins, the effects were even more pronounced.

According to the American Heart Association, 34.2 percent of Americans (70.1 million people) suffered from some form of cardiovascular disease (CVD) in 2002. The direct costs of CVD from hospital, doctors, home care, and medication in the US is a staggering $258 billion, with a further $145 billion as indirect costs from lost productivity.

The double-blind, randomized clinical trial compared the effects of Neptune Krill Oil, fish oil, or placebo, with or without statins - a total of six experimental groups. After 90 days of usage, the researchers, at McGill University and the University of Montreal, found that Neptune Krill Oil alone (1 to 1.5 grams per day) lowered LDL-cholesterol by 34 percent, and increased HDL cholesterol levels by 43.5 percent.

Statins alone (10 mg) were associated with a reduction in LDL levels of 29 percent and increases in HDL levels of 13 percent, showing that NKO performed better than the most commonly used pharmaceutical intervention, both statins and NKO at low doses. 46% of patients taking statins took Lipitor and 54% took Zocor.

Interestingly, when statins and NKO were combined the effects were even more pronounced, resulting in LDL decreases of 37 percent and HDL increases of 51 percent. In this subgroup, 55% of subjects took Lipitor, 45% took Zocor.

“These results justify a future multicenter/multinational pivotal study of NKO versus statins to further evaluate the effects,” said Dr. Sampalis.

The effects observed were easy to explain, said Dr. Sampalis, since krill oil contains the phospholipids DHA and EPA which are substrates for apolipoprotein A1 (Apo-A1) which is required by the body to produce HDL-cholesterol.

Henri Harland, president and CEO of Neptune, hailed the results as “tremendously encouraging,” and said the company would “aggressively target this market and prove NKO as a standard in lipid care.”

Neptune krill oil is derived from the plankton family of crustacean and, unlike fish oil, it is also rich in phospholipids and antioxidants. Although Neptune believes it has no direct competitors, the general benefits of fish-derived omega-3 has helped raise awareness of its core Omega-3 DHA and EPA benefits. 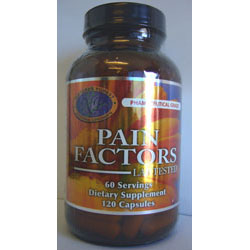