Neptune Technologies & Bioressources Inc. announced significantly positive results after the completion of a population-based risk–benefit and a health-economics analysis study for Krill Oil in the management of dyslipidemia. The health-economic analysis was based on the 2003 hyperlipidemia study, a randomized, placebo controlled, clinical trial in which 90 patients who were either newly diagnosed, never treated for high cholesterol or using statins for at least 6 months, without effect, at the time of study initiation and concurrently with the study treatment.

The economic model for the analysis was based on the 10-year risk for cardiovascular disease as estimated by the Framingham model. According to this model, an individual’s 10-year risk for a cardiovascular event is a function of age, gender, systolic blood pressure, TC, HDL-C, smoking status and presence of left ventricular hypertrophy as detected by an electrocardiogram. The model is based on a logistic regression analysis derived on a cohort of over 5,000 patients that have been followed for 40 years or more.

The Framingham model has been shown to be a valid predictor of cardiovascular risk. Therefore, changes in the Framingham-derived risk estimates are considered to represent the change in the individual patient cardiovascular risk that are sensitive to change induced by preventive interventions. The logistic regression parameters are used to estimate the patient’s 10-year risk for having a cardiovascular event.

The results of the study demonstrate the following:

a. Patients treated with Krill Oil had significantly reduced risk for cardiovascular events over the next 10 years, by 52%.

c. KO monotherapy as well as KO co-administered with a low dose statin was significantly more cost-effective than all other interventions studied for all types of cardiovascular events aggregated.

e. With respect to death and cardiac arrests that are rare events, the cost-benefit ratio is positive indicating the acquisition cost is higher than the benefits derived. However, KO remained the least expensive alternative for these rare events.

f. Under the 90 day and 10 year treatment assumption, KO maintained a favorable cost-benefit profile with cost savings for angina, PTCA and CABG.

The authors conclude that “The results of this analysis have shown that KO as monotherapy or given in combination with a statin is efficient and cost-effective in the management of dyslipidemia”. In addition the authors concluded that “The results have important implications for the management of the growing population of patients with dyslipidemia, who require safe and effective treatment and who may not be responsive, nor tolerant, nor appropriate candidates for treatment with a statin alone”

“Benefit, risk and economic assessments are now the pivotal points not only for government approval of medicine for treatment of diseases that require long-term care but are also considered important factors for the pharmaceutical industry decision makers before taking over the development of a new drug” stated Dr. Tina Sampalis M.D., Ph.D., Vice-President of R&D and Business Development of Neptune. “I am extremely proud that we have now successfully completed this study that was an important achievement for the pharmaceutical development of NKO. With the results of this analysis we have now provided valuable evidence that KO reduces cardiovascular risk while remaining cost effective and even cost minimizing over many years of use.” 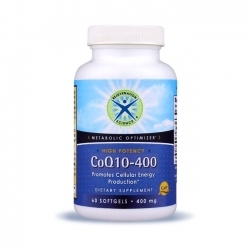 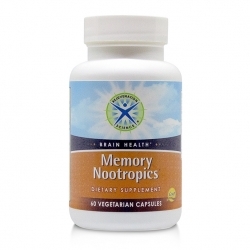