In a 10-year study of more than a thousand kidney failure patients, sudden cardiac death emerged as the number one cause of death for patients on dialysis, according to a Johns Hopkins researcher. The study, already published online and appearing in the Nov. 2 issue of Kidney International, identified systemic inflammatory response and malnutrition as key risk factors for the fatal heart attacks.

“This is believed to be the first time anyone has taken a rigorous prospective look at why so many patients on dialysis die from sudden cardiac death, and the results could help doctors identify those at highest risk and potentially save lives,” says Rulan S. Parekh, M.D., associate professor in the Department of Nephrology at the Johns Hopkins University School of Medicine.

Parekh and her team gathered their data from the Choices for Healthy Outcomes In Caring for ESRD (CHOICE) cohort of 1,041 end-stage renal disease (ESRD) patients on dialysis. In a 9.5-year period, 658 of this group died. The largest number of these deaths, 146, were the result of sudden cardiac death (SCD), in this case unexpected deaths that occurred outside of the hospital setting.

The researchers then looked at previously recorded blood test results from 122 of these 146 SCD patients to search for a possible relationship between the deaths and levels of high-sensitivity C-reactive (hsCRP), interlukin-6 (IL-6) and albumin. The proteins IL-6 and hsCRP are both markers for widespread blood vessel and organ inflammation, while low albumin levels are associated with malnutrition.

“These results tell us that ESRD patients with low albumin and/or high levels of IL-6 and hsCRP are at a significantly higher risk of SCD,” says Parekh.

The half-million people in the United States with ESRD are 10 to 100 times more likely than the general public to die from cardiovascular disease, depending on age, according to Parekh. They have an annual mortality rate of over 20 percent, and one-fifth of these deaths are attributed to SCD.

Systemic inflammatory response is common with ESRD patients and occurs when the body responds to an infectious or noninfectious attack. Parekh says those with kidney failure are quite ill, and the chance of infection and chronic inflammation is higher. Malnutrition is also common with ESRD patients from the stress of kidney failure, loss of appetite and a highly restricted diet. Compounding the issue, she says, is that Medicare does not cover oral nutritional supplements.

“When people think of heart attacks, they think of cholesterol and obesity,” Parekh says, “but these are risk factors for hardening of the arteries and are not directly linked to sudden heart death among patients on dialysis.”

Coenzyme Q10 has been found to prevent cardiovascular disease, other vascular problems, and restore kidney function according to Dr. Stephen Sinatra, M.D. in The Sinatra Solution. 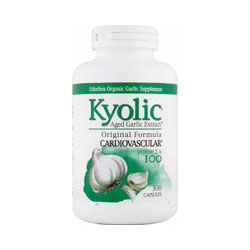