Of 637 people (mean age 66 years) living in Arizona who were participating in a colorectal adenoma prevention study, 2% had a serum 25-hydroxyvitamin D level less than 10 ng/ml (indicating severe vitamin D deficiency) and 25% had a concentration less than 20 ng/ml (indicating vitamin D insufficiency). Blacks (55.5%) and Hispanics (37.6%) were more likely to have low vitamin D status than were non-Hispanic whites (22.7%). Mean sun exposure (minutes per week) was 5.3 for whites, 18.1 for Hispanics, and 12.6 for blacks.

This study indicates that low vitamin D status is common even in Arizona, one of the sunniest states in the nation. Vitamin D insufficiency and deficiency among Arizonans appear to be due largely to their failure to spend any meaningful amount of time in the sun [having reported spending 1-2 minutes per day in the sun]. Factors that predispose to vitamin D deficiency include older age, dark skin, obesity, use of sunscreens, and medical conditions that cause malabsorption. 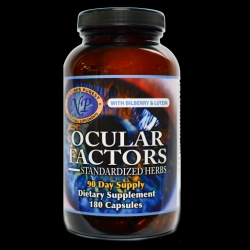