Blocking the function of an enzyme in the brain with a specific kind of vitamin E can prevent nerve cells from dying after a stroke, new research suggests.

The Ohio State University researchers have been studying how this form of vitamin E protects the brain in animal and cell models for a decade, and intend to pursue tests of its potential to both prevent and treat strokes in humans.

“Our research suggests that the different forms of natural vitamin E have distinct functions. The relatively poorly studied tocotrienol form of natural vitamin E targets specific pathways to protect against neural cell death and rescues the brain after stroke injury,” said Chandan Sen, professor and vice chair for research in Ohio State’s Department of Surgery and senior author of the study.

“Here, we identify a novel target for tocotrienol that explains how neural cells are protected.”

Vitamin E occurs naturally in eight different forms. The best-known form of vitamin E belongs to a variety called tocopherols. The form of vitamin E in this study, tocotrienol or TCT, is not abundant in the American diet but is available as a nutritional supplement. It is a common component of a typical Southeast Asian diet.

Sen’s lab discovered tocotrienol vitamin E’s ability to protect the brain 10 years ago. But this current study offers the most specific details about how that protection works, said Sen, who is also a deputy director of Ohio State’s Heart and Lung Research Institute.

“We have studied an enzyme that is present all the time, but one that is activated after a stroke in a way that causes neurodegeneration. We found that it can be put in check by very low levels of tocotrienol,” he said. “So what we have here is a naturally derived nutrient, rather than a drug, that provides this beneficial impact.”

Sen and colleagues had linked TCT’s effects to various substances that are activated in the brain after a stroke before they concluded that this enzyme could serve as an important therapeutic target. The enzyme is called cystolic calcium-dependent phospholipase A2, or cPLA2.

Following the trauma of blocked blood flow associated with a stroke, an excessive amount of glutamate is released in the brain. Glutamate is a neurotransmitter that, in tiny amounts, has important roles in learning and memory. Too much of it triggers a sequence of reactions that lead to the death of brain cells, or neurons – the most damaging effects of a stroke.

Sen and colleagues used cells from the hippocampus region of developing mouse brains for the study. They introduced excess glutamate to the cells to mimic the brain’s environment after a stroke.

With that extra glutamate present, the cPLA2 enzyme releases a fatty acid called arachidonic acid into the brain. Under normal conditions, this fatty acid is housed within lipids that help maintain cell membrane stability.

But when it is free-roaming, arachidonic acid undergoes an enzymatic chemical reaction that makes it toxic – the final step before brain cells are poisoned in this environment and start to die. Activation of the cPLA2 enzyme is required to release the damaging fatty acid in response to insult caused by high levels of glutamate.

Sen and colleagues introduced the tocotrienol vitamin E to the cells that had already been exposed to excess glutamate. The presence of the vitamin decreased the release of fatty acids by 60 percent when compared to cells exposed to glutamate alone.

Though cPLA2 exists naturally in the body, blocking excessive function of this enzyme is not harmful, Sen explained. Scientists have already determined that mice genetically altered so they cannot activate the enzyme achieve their normal life expectancy and carry a lower risk for stroke.

The National Institutes of Health supported this work. The study was co-authored by Savita Khanna, Sashwati Roy and Cameron Rink of the Department of Surgery and Narasimham Parinandi and Sainath Kotha of the Department of Internal Medicine, all at Ohio State; and Douglas Bibus of the University of Minnesota. The research appears online and is scheduled for later print publication in the Journal of Neurochemistry.

Maximum Vitality contains all the tocopherol and tocotrienol forms of Vitamin E.

Our previous works have elucidated that the 12-lipoxygenase (12-Lox) pathway is directly implicated in glutamate-induced neural cell death, and that such that toxicity is prevented by nM concentrations of the natural vitamin E alpha-tocotrienol (TCT). In the current study we tested the hypothesis that phospholipase A(2) (PLA(2)) activity is sensitive to glutamate and mobilizes arachidonic acid (AA), a substrate for 12-Lox. Furthermore, we examined whether TCT regulates glutamate-inducible PLA(2) activity in neural cells. Glutamate challenge induced the release of [(3)H]AA from HT4 neural cells. Such response was attenuated by calcium chelators (EGTA and BAPTA), cPLA(2)-specific inhibitor (AACOCF(3)) as well as TCT at 250 nM. Glutamate also caused the elevation of free polyunsaturated fatty acid (AA and docosahexaenoic acid) levels and disappearance of PL-esterified AA in neural cells. Furthermore, glutamate induced a time-dependent translocation and enhanced serine phosphorylation of cPLA(2) in the cells. These effects of glutamate on fatty acid levels and on cPLA(2) were significantly attenuated by nM TCT. The observations that AACOCF(3), transient knock-down of cPLA(2) as well as TCT significantly protected against the glutamate-induced death of neural cells implicate cPLA(2) as a TCT-sensitive mediator of glutamate induced neural cell death. This work presents first evidence recognizing glutamate-induced changes in cPLA(2) as a novel mechanism responsible for neuroprotection observed in response to nanomolar concentrations of TCT. 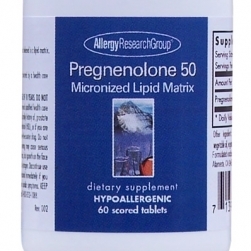