The omega-3 essential fatty acids commonly found in fatty fish and algae help animals avoid sensory overload, according to research published by the American Psychological Association. The finding connects low omega-3s to the information-processing problems found in people with schizophrenia; bipolar, obsessive-compulsive, and attention-deficit hyperactivity disorders; Huntington’s disease; and other afflictions of the nervous system.

The study, reported in the journal Behavioral Neuroscience, provides more evidence that fish is brain food. The key finding was that two omega-3 fatty acids – docosahexaenoic acid (DHA) and eicosapentaenoic acid (EPA) – appear to be most useful in the nervous system, maybe by maintaining nerve-cell membranes.

“It is an uphill battle now to reverse the message that ‘fats are bad,’ and to increase omega-3 fats in our diet,” said Norman Salem Jr., PhD, who led this study at the Laboratory of Membrane Biochemistry and Biophysics at the National Institute on Alcohol Abuse and Alcoholism.

The body cannot make these essential nutrients from scratch. It gets them by metabolizing their precursor, α-linolenic acid (LNA), or from foods or dietary supplements with DHA and EPA in a readily usable form. “Humans can convert less than one percent of the precursor into DHA, making DHA an essential nutrient in the human diet,” added Irina Fedorova, PhD, one of the paper’s co-authors. EPA is already known for its anti-inflammatory and cardiovascular effects, but DHA makes up more than 90 percent of the omega-3s in the brain (which has no EPA), retina and nervous system in general.

In the study, the researchers fed four different diets with no or varying types and amounts of omega-3s to four groups of pregnant mice and then their offspring. They measured how the offspring, once grown, responded to a classic test of nervous-system function in which healthy animals are exposed to a sudden loud noise. Normally, animals flinch. However, when they hear a softer tone in advance, they flinch much less. It appears that normal nervous systems use that gentle warning to prepare instinctively for future stimuli, an adaptive process called sensorimotor gating.

Only the mice raised on DHA and EPA, but not their precursor of LNA, showed normal, adaptive sensorimotor gating by responding in a significantly calmer way to the loud noises that followed soft tones. The mice in all other groups, when warned, were startled nearly as much by the loud sound. When DHA was deficient, the nervous system most obviously did not downshift. That resulted in an abnormal state that could leave animals perpetually startled and easily overwhelmed by sensory stimuli.

The authors concluded that not enough DHA in the diet may reduce the ability to handle sensory input. “It only takes a small decrement in brain DHA to produce losses in brain function,” said Salem.

In humans, weak sensorimotor gating is a hallmark of many nervous-system disorders such as schizophrenia or ADHD. Given mounting evidence of the role omega-3s play in the nervous system, there is intense interest in their therapeutic potential, perhaps as a supplement to medicines. For example, people with schizophrenia have lower levels of essential fatty acids, possibly from a genetic variation that results in poor metabolism of these nutrients.

More broadly, the typical American diet is much lower in all types of omega-3 than in omega-6 essential fatty acids, according to Salem. High intake of omega-6, or linoleic acid, reduces the body’s ability to incorporate omega-3s. As a result, “we have the double whammy of low omega-3 intake and high omega-6 intake,” he said. There are a number of good fish oils on the market, but one of the best new ways to get omega-3 polyunsaturated fats is from krill oil. 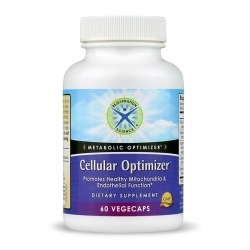